Kingdom Hearts is an action-adventure video game series developed and published by Square Enix. It follows the journey of Sora, a young boy who becomes one of the seven Guardians tasked with protecting worlds from darkness. The franchise has since expanded to include anime films, manga adaptations, novelizations and various other merchandise. 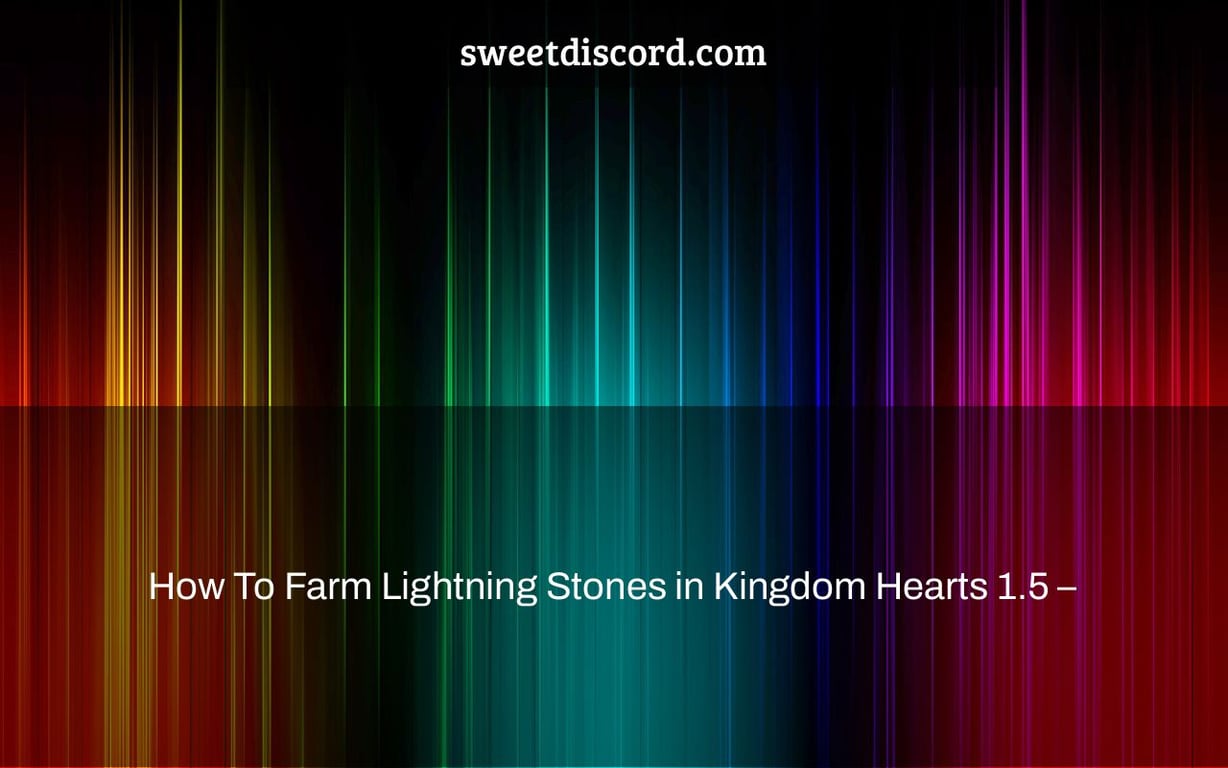 Lightning Stones are a synthesis component that can only be obtained in Kingdom Hearts 1.5 Remix and not in the original Kingdom Hearts game. They’re only dropped by the Black Ballade Heartless, who can be found in Deep Jungle’s Bamboo Thicket.

When you confront this Heartless, you’ll see that it’s divided into five clones. There will be one “genuine one” and four imposters among these clones.

These men will shift about fast, and you must find and attack the genuine one.

These stones are used to make the Moogle Badge, Gaia Bangle, and the Seven Elements shield for Goofy in Kingdom Hearts 1.5.

The Black Ballade is a rare heartless that, like the mushroom heartless, provides a puzzle game.

This Black Ballade can only be found floating about in the Bamboo Thicket in the Deep Jungle. It should spawn automatically when you arrive, but if it doesn’t, you may save in the campsite tent, then exit and re-enter the world.

This Heartless will first divide into five clones. The “genuine one” will then jump a bit higher in the air, and your goal is to keep an eye on him at all times.

They’ll move throughout the space, ultimately forming a line. Then it’s up to you to figure out whether one is the genuine article; otherwise, you’ll be subjected to an inescapable assault.

When you hit the actual Black Ballade, he has a 10% chance of giving you a stone right away. Alternatively, if you strike the genuine heartless four times, you’ll get a guaranteed drop.

It’s worth noting that hitting the proper heartless two or three times does not boost your Lightning Stone chances. So the probability of getting a 100% drop is always 10% if you hit it 1/2/3 times properly – and you’ll need to hit the heartless 4 times to obtain a 100% drop.

One approach you might use here is to keep stopping the game as the Ballades move.

This allows you to observe each micro-movement and monitor them more easily.

Uses of the Lightning Stone

Lightning Stones may be utilized in a variety of synthesis formulas, all of which can be used to make unique weapons or accessories.

The following is a comprehensive list of what you can make with these stones:

Gaia Bangle: Strengthen your defenses with +9 HP and +3 Defense (excellent for Goofy).

List III and x5 Lucid Shards, x3 Lucid Gems, and x1 Lightning Stone may be used to create this item.

Only accessible in KH Final Mix/Remix, the Seven Elements is a powerful protection for Goofy. He’ll get +4 strength and +3 MP as a result of it.

Is it Worth Farming Lightning Stones?

If any of the goods listed above pique your curiosity, it’ll be well worth your time to go acquire some stones.

Farming should be simple and straightforward if you’ve located the Black Ballade and mastered its approach.

And because each item only requires 5 stones to make once, it should just take a few attempts if you know what you’re doing.

How to Recruit Visitors in Rimworld –