I bought this game for my son and it’s a fun one. But I certainly would not recommend to buy without playing the demo first. The graphics are mediocre and some of the mechanics involved in-game don’t work as they should…

Pro Basketball Manager 2022 is a game that has been released recently on the iOS App Store. It is a game that allows users to manage an NBA team and take them through seasons. The game includes new features such as the ability to create your own player, trade players, and more. 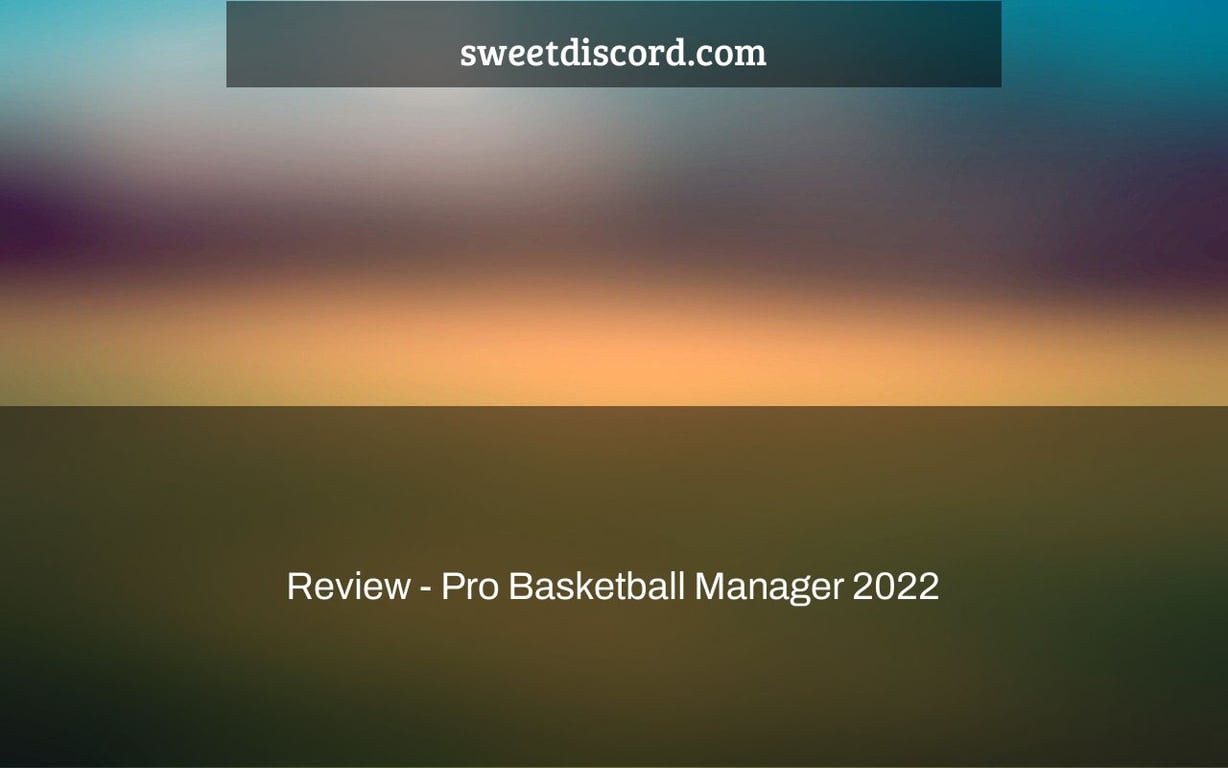 The premise behind Pro Basketball Manager 2022 sounds extremely promising to someone who has spent literally tens of thousands of hours playing Football Manager games (heck, I’m playing it right now as I write this review). It looked like, well, FM, the insanely addictive football managerial simulator that has stolen more time out of my life than walking my dog, from what I could see before its official release. They have games like this for basketball, which I also like, but have had to deal with dodgy 2K excursions in order to enjoy in the video game sphere. Was this going to be the MyGM fix I’d been waiting for? 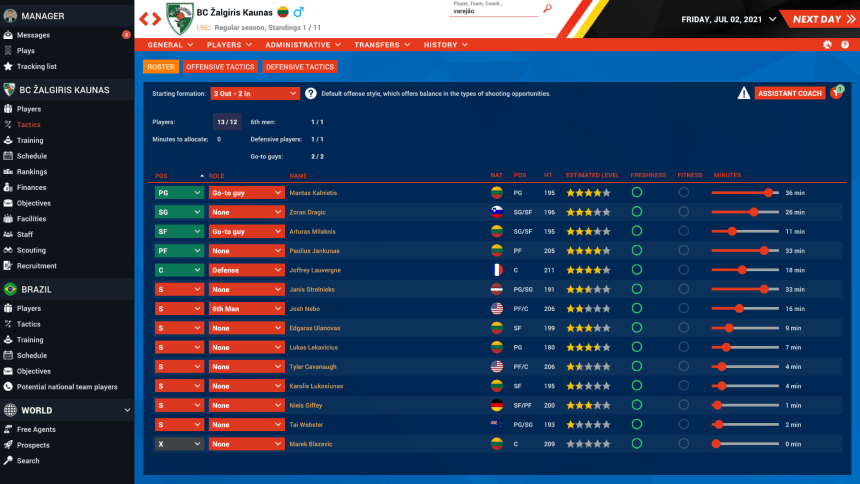 This minute allocation mechanism is fantastic.

The database is generally the issue with these low-budget sports management games. You’re doomed if you can’t provide a large database of players in a complex-yet-intuitive management gaming cycle. If you can’t provide a huge database, try to provide an editor or a foundation for the Steam Workshop community to help you overcome these problems. This is why Football Manager has been a huge hit for years, but We Are Football was a flop from the start. 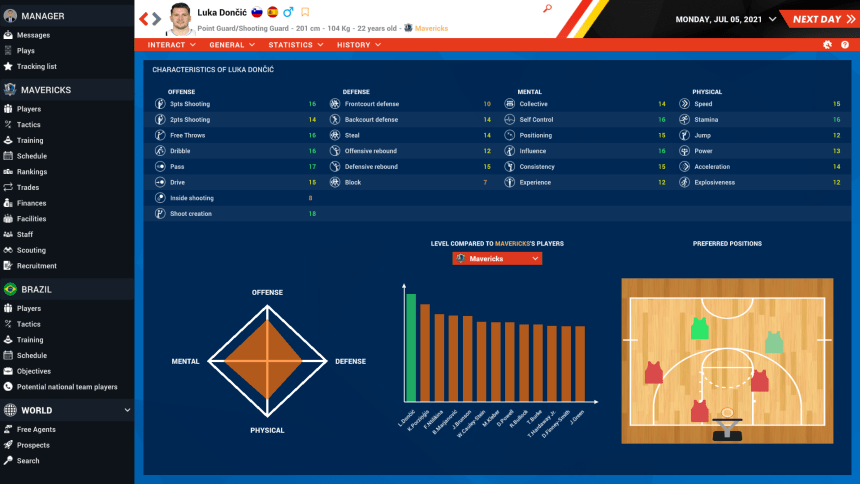 I believe he was badly nerfed in this place.

As predicted, the game is a collection of clean and simplified spreadsheets with its own polygonal match simulation that runs on Unity. I’d be lying if I thought these polygonal models looked good (they certainly don’t), but I don’t care, just like in Football Manager. I’m not interested in the graphical realism; I’m here for the findings and simulation. That’s what NBA 2K is about, as dubious as its microtransactions are. The menus are simple enough, but there are a surprising number of bugs throughout the game, not just where you’d expect them (player animations), but even when attempting to load a page or suddenly stalling while clicking on a player. I understand why this occurs often in FM since I’m modelling a database of about 150k footballers, but it shouldn’t happen in a basketball simulation with a quarter of the roster size.

Speaking of rosters, Pro Basketball Manager 2022’s “basic” edition includes a slew of leagues, hundreds to be exact. In addition to managing male and female teams, you may also coach a national team while working at your club. That being said, this is a typical low-budget game with a limited budget for licensing payments. You’re confined to the French league when it comes to genuine team names, players, and logos. Every other club, league, and player has a make-believe name.

That would normally have been a problem. When I started playing We Are Football, that was a deal breaker for me. Pro Basketball Manager 2022, unlike THQ Nordic’s effort at creating a sports management simulator, has a well-established fanbase thanks to its predecessors. Bless them, since very soon after the game’s release, there was a freely accessible, easy-to-download datapack on Steam Workshop. Every club name, every NBA player, it was all there, giving me that shock of immersion I want from games like these. And with that, I continued to spend a lot of time playing Pro Basketball Manager 2022, despite the game’s lack of sound and other minor but irritating UI flaws. 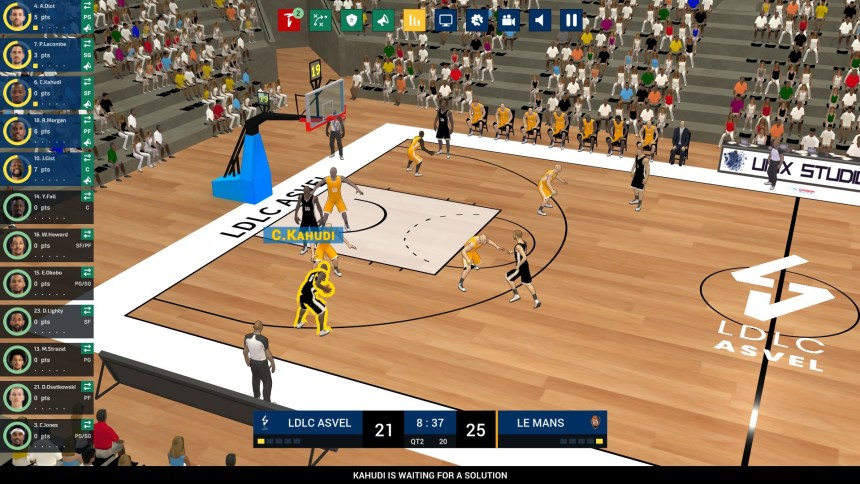 Well, it isn’t as beautiful as NBA 2K22, but then again, what did you expect?

On a computer, I reviewed it.

The publisher sent me a copy of Pro Basketball Manager 2022.