The My Core Keeper website is a resource of in-depth information on different aspects of the game. One such aspect is features, which can be accessed by clicking on “Features” under the “Core Information”. The Features page has subsections for each feature. Each subsection contains multiple articles that break down and explain everything you need to know about a specific feature: what it does, how to use it, etc. 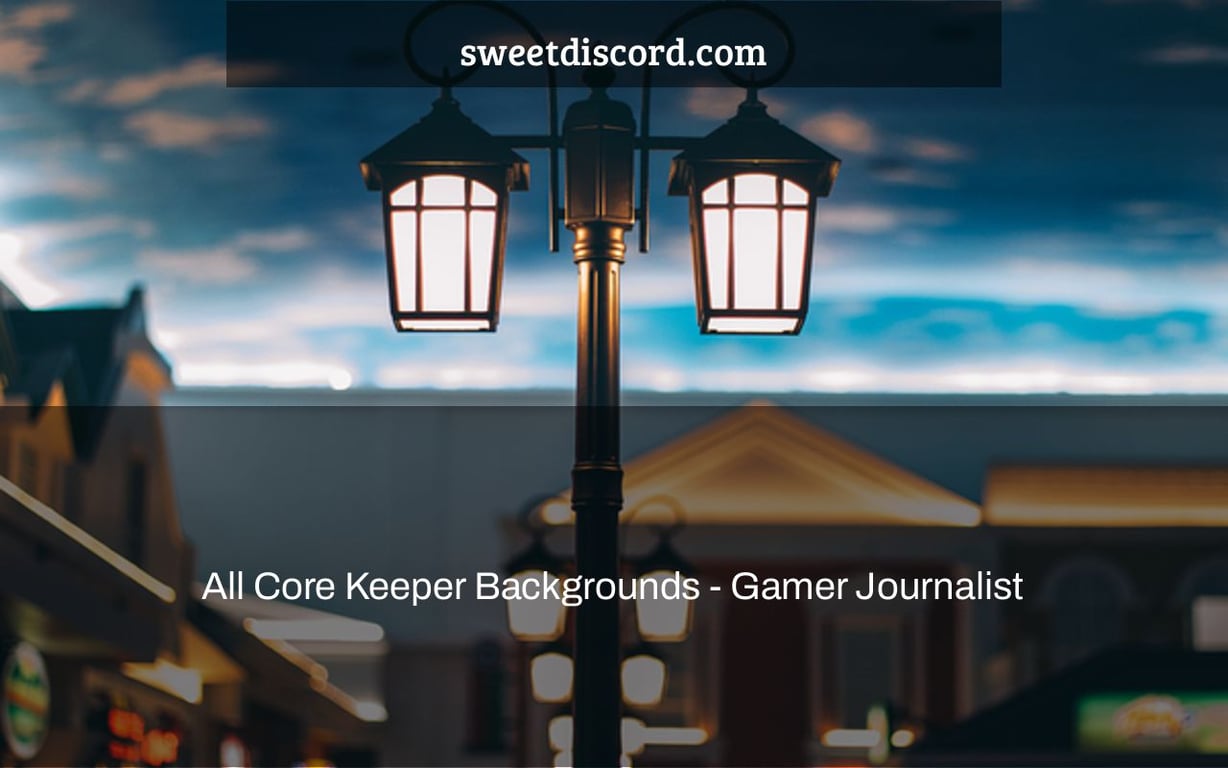 I’m not sure what drives someone to give up their whole life to become an underground explorer. I like central air conditioning and unbroken legs much too much to contemplate it. But I suppose the call to adventure is heard by everybody, and the oddest people are the ones who answer it. If you’re one of Core Keeper’s courageous weirdos, you should think long and hard about what your life has given you in the past, since it may come in handy in the deep dark. Here are all of Core Keeper’s Backgrounds, as well as the greatest Background.

While creating your player character in Core Keeper, you may pick from seven different backgrounds. Your background will not penalize you in any way, nor will it alter how the game plays out (unless the devs decide to change that after the early access period, of course). They’re only there to give you with a few different bonuses if you want them, which you definitely do if you’re playing this game for the first time.

Backgrounds for all Core Keepers

The following are the seven backgrounds for Core Keeper player characters:

A simple character with no special abilities or free tools. It makes no difference who they were before they entered these dark dungeons; all that counts is what they do now. Because Nomad offers no perks, it’s a Background-based save for more experienced players who don’t need a boost.

An experienced traveler and spelunker who understands the importance of unhindered mobility to a successful excursion. The Explorer begins with a free lantern to light the route and the ability to run through (or away from) obstacles.

When you’re living and working in a cave system, having someone on hand who has a basic understanding of how earth and stone operate is definitely a good idea. The Miner comes with a free pickaxe and increased ability to break down stone and clear the path to help you get started with the mining process.

You obviously want someone with the abilities to defend oneself and others, or at the very least the lack of self-preservation to attempt, in a subterranean world filled of all sorts of awful beasties. The Fighter begins with a basic copper sword, obviating the need to fight bare-handed and improving close-range fighting abilities.

A skilled mess chef is a vital need for hearty men and women on a perilous adventure who need the fundamental food categories to be healthy and awake. The Chef begins with a free pot for cooking food, which is preferable than eating them raw, as well as increased dish-preparation skills. In addition, the Chef receives 8 edible mushrooms to cook with instead of standard rations.

If you want to grow edible flora out of the earth without the help of the light, you’ll need someone who knows their way around a plant. The Gardener begins with a hoe and a watering can, both of which are required to establish a simple farm, as well as enhanced growing and harvesting skills.

Because caves aren’t exactly known for their hamburgers, you’ll need to find another protein source, which is where the Fisherman comes in. The Fisherman begins with a free rod for capturing basic fish, as well as better reeling skills.

What is the best Core Keeper background?

The Gardener, out of all of these Backgrounds and their perks, is perhaps the finest pick, at least in terms of practicality, since you receive free equipment and an increased capacity to create renewable food. You’d typically have to wait until you’ve gathered copper before making a hoe, but being able to bypass that step and go directly to farming may help you survive in the early game.

Check visit the Core Keeper area of our website for more relevant articles and tutorials!