There’s a new patch in the works for Star Citizen and it’s coming on December 6th. Featuring improvements to existing features, bug fixes and more! SC Alpha 3.17 is shaping up to be an exciting update that you won’t want to miss out on if you’re into this game.

The “robert space industries” is a company that has been creating the Star Citizen game since 2012. The game is set to release in 3.17, which will introduce new features and changes. 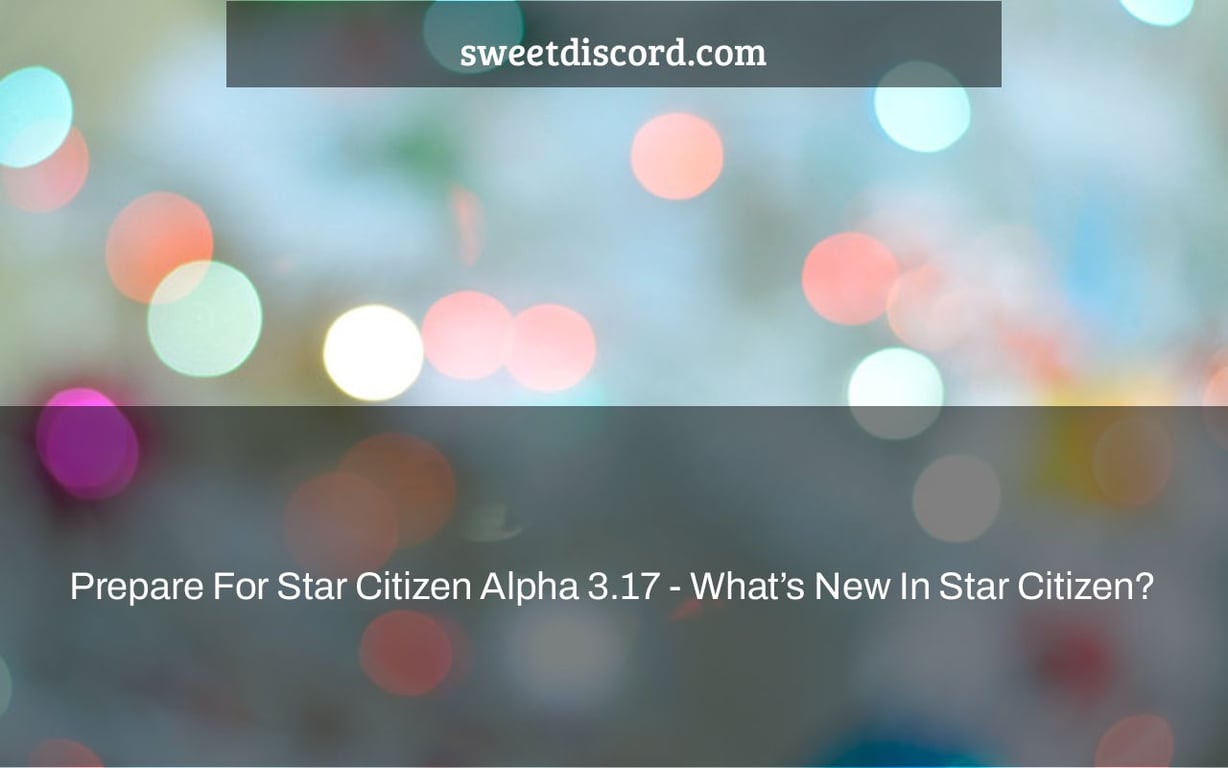 Hello & Welcome to some more Star Citizen News, let’s summarize what’s been going on this first week of March and what’s coming in the near future.

Jumptown & the Ninetails Lockdown events are now over. However Alpha 3.17 is now on the Horizon with expectations that it will start testing on the PTU within the next couple of weeks at least with the Evocati. We saw in Inside Star Citizen that Alpha 3.17 would have a River on microTech added and that we would also be able to now go underwater without dying as long as we are wearing a helmet and do a little exploration. Also we will start to see Reputation and Hostility changes for factions like Security Forces and Pirates in Stanton, where if they like you because you’ve done a lot of missions for them, they will protect you and come to your aid… conversely if you have a bad reputation they may shoot you on sight.

However, it seems that the majority of these reputation adjustments will arrive in Alpha 3.18.

Aside from rivers, the Roadmap Update included one more feature.

The Dynamic Mission System allows select mission types to be dynamically tailored to the current environment, missions will be customizable, and payment will accurately reflect the distance traveled and risk involved. It’s expected to be finished in September, and it’d be fantastic if it could be released before the end of the year.

A homemade generator on a decrepit Pyro Station looks to represent this week’s Sneak Peek.

With the Narrative Team, we held a SC Live.

They ultimately intend to include reputation-based missions with rich narrative, similar to the Tessa Bannister missions, but with additional infrastructure in place to support the gameplay.

Lore may serve as a jumping off point, source of inspiration, or even a notion for gameplay, but it may also be used to establish the feel of the Verse without impeding future plans or ideas.

Some of the Lore may be fragmentary, or there may be allusions to a throwaway ship or animal; it’s possible that they’ll return to continue fleshing out some of them later. They strive to avoid entirely locking in strict mythology since the method has to be pliable for additions and adjustments… therefore the lore will be retconed or changed… At this point, the game and its story are still being fleshed out.

A lot of the backstory for the game is driven by the demands of ships, features, and individual teams, as well as community input. If a monster idea is needed, the artist will be given some guidelines, but they like for the artist to be creative and then have the mythology fit around it.

Banu traffic slaves, and this will be a reality in game, albeit the UEE may overlook it due to cultural differences and the vastness of the star systems involved. It will, however, generate some fascinating tension and decisions.

We received a pair of Monthly Reports for the Persistent Universe, and we saw a lot of progress for Pyro, who is now testing Pyro 3 in more detail and constructing Reclaimer Derelicts and towns. As CI works on different new events, one of which we may see later this year, Dynamic Events looks to be a primary emphasis.

The Banu Merchantman is now on GreyBox, which is fantastic.

As the Drake Vulture approaches its 3.18 release, as well as the first edition of Hull Stripping Salvage and Repair, different color schemes have been created for it.

Work and alterations to the Drake Corsair’s layout were made to various portions of the ship.

The Hull A and Scorpius are in the last phases of development, with a release date of 3.17 hoped for.

We also know that CI is developing a few undisclosed vehicles and ships.

And the Starmap is still getting a makeover, which is much needed in the game.

Squadron 42’s Report stated that they were bringing a couple of chapters up to vertical slice quality, so these two chapters are extremely playable and finished looking at least at a glance. This could be for internal use or something we may see later in the year, but SQ42 appears to be in a much more advanced state in many areas now as it begins to come together.

Cloud Imperium is also putting a lot of emphasis on AI and Engine, enhancing NPC behavior and combat abilities, as well as how NPCs interact with one other when they pass or find themselves in a scenario together unexpectedly. The engine’s transition to Vulkan and the Gen12 renderer is still underway, and it’s gaining traction.