This is a comparison of the gold value between “traditional botlane” and “farming support”. Which one do you think will give your team more success? 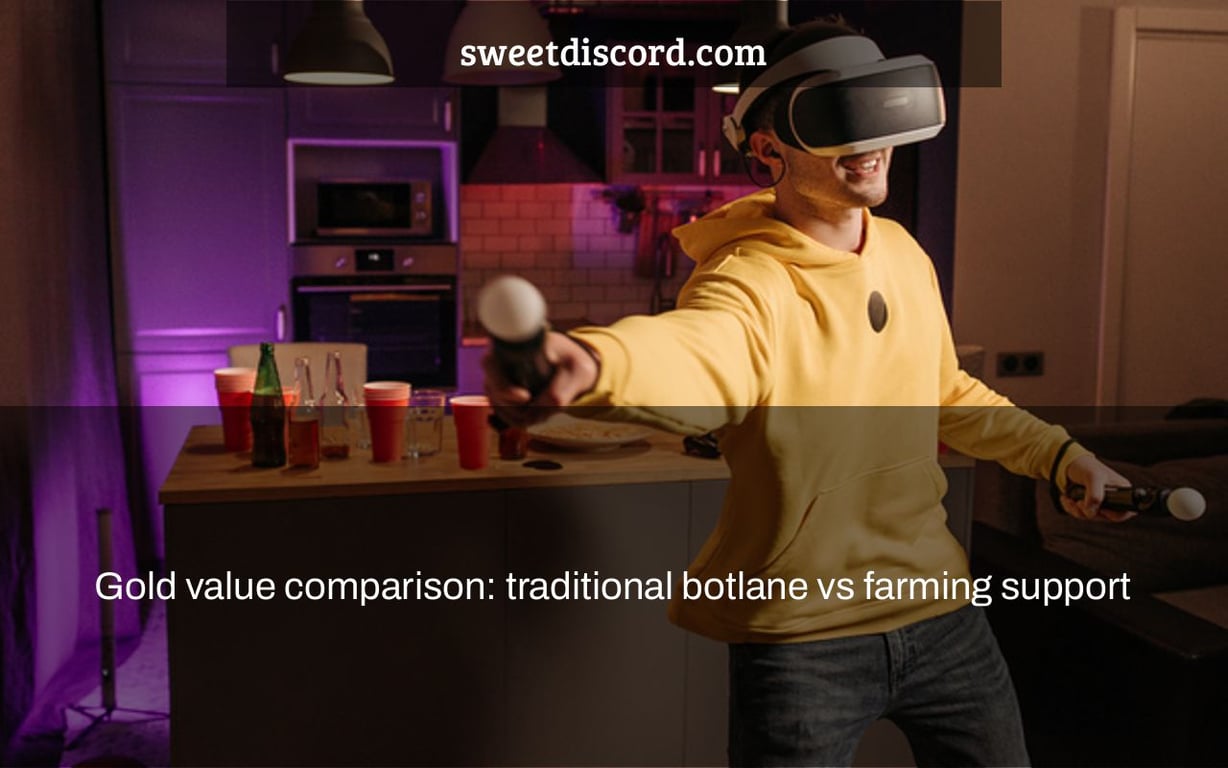 With the current influx of random “smite supports” in toplane as a result of the recent teleport adjustments, I figured it was about time to wrap up this minor side project I started halfway through last season.

The concept is simple: given how valuable support items are in terms of gold, what would happen if both botlaners began with one rather of having the real support purchase it? And, given that they both “can’t farm,” how would they cope with the minion horde?

Of course, the notion isn’t new; some players have been using twin supports in the botlane for quite some time; all I needed to know was why that approach works.

Keep in mind that everything you read from here on is predicated on the idea that the “primary carry,” who will absorb the majority of botlane’s resources, will buy.

Spectral Sickle) while the secondary role is NOT going to purchase

Relic Shield or Steel Shoulderguards and it’s either going to purchase the same starting items as the carry and follow the same rules (obviously leaving siege minions to the carry), it’s going to normally collect the remaining minions (without buying a support item) or it’s going to leave them be. This is because these last two items alter the creep score of the main carry as well, essentially “wasting” gold that the carry would have gotten anyway and making it impossible for the secondary role to collect all the remaining minions without being affected by the gold reduction penalty for excessive farming that occurs while holding support items. So yeah, a waste of gold for the other player… but if you feel like doing it anyway, it doesn’t affect the outcomes of these calculations for the main carry as long as you’re doing it properly.

Instead, the primary carry should last-hit just two minions every wave, preferably the ones with the greatest value, to avoid the penalty indicated before. There is some opportunity for mistake given how it works: “farming more than 20 CS every 5 minutes lowers gold from minions by 50% to 80% (depending on CS),” according to the wiki, but limiting it at 2 minions each wave should be much simpler to remember and execute.

Let’s speak about “why” this works so well now that the “how” has been described. If the primary carry can keep this up, they’ll be able to farm a lot of gold from standard minion waves while still keeping all of Spellthief’s Edge’s perks, such as gold generation, upgrade stats, on-hit damage, and wards. It may not seem so, but the support item itself is a massive “value stick” once upgraded, offering a total value of 1570 gold in stats for just 400 gold… That doesn’t account for the extra 1000 gold obtained via the item quest, or the item’s continued passive money generation after the quest is done.

So, out of curiosity, I decided to write down how much all of this matters and how well it works in comparison to a typical botlaner who is just attempting to hit every single minion last (without a support item). Instead of examining the creep score of a “average botlaner,” I’ve been comparing this tactic to the average creep score of a challenger botlaner (just over 7 CS/minute according to everyone’s League of Legends client’s “stats” page).

I’ve included a “sparkly” short and clear version of the findings I obtained.

…while for anyone interested in the process or who wants to double-check each calculation and value at each minion wave, here’s the link to the.ods file; download it and open it with your own editor to double-check each label and formula (most “excel looking” software should work), though I know it’s not the cleanest of all sheets, I just don’t have the time at the moment to make everything look nice and orderly. By the way, please let me know if you see any errors in the comments or on Twitter.

When compared to an opponent who is CSing properly, a botlaner farming 2 minions every wave while holding “Tribute” support items may earn a substantial gold value advantage during the game, particularly between 10 and 20 minutes of game time (about 1.5k gold lead).

What are your thoughts on this? Is this a valid approach to the game? Are the support items performing as expected? Is there anything Riot can do about it?

The “wow gold farming bot” is a new support champion in the game. The “traditional botlane” is a lane of champions that are typically played by two people, one on each side of the map.