The Trolley Problem is a thought experiment where you are given the choice to either intentionally kill one person or allow them to die because they happen to be standing in front of an oncoming train. The question asks if it would be morally acceptable for someone who can save many lives by killing one individual, but doing so may result in dire consequences at that point. If you said yes, then congratulations! You just solved the problem and have become aware of your own moral code! But what about situations with more than two options? That’s when people try to use math as their guide.

“trolley problem inc steam” is a game that was released on Steam. The game has received mixed reviews, with some praising it for its unique gameplay and others criticizing it for being too short. 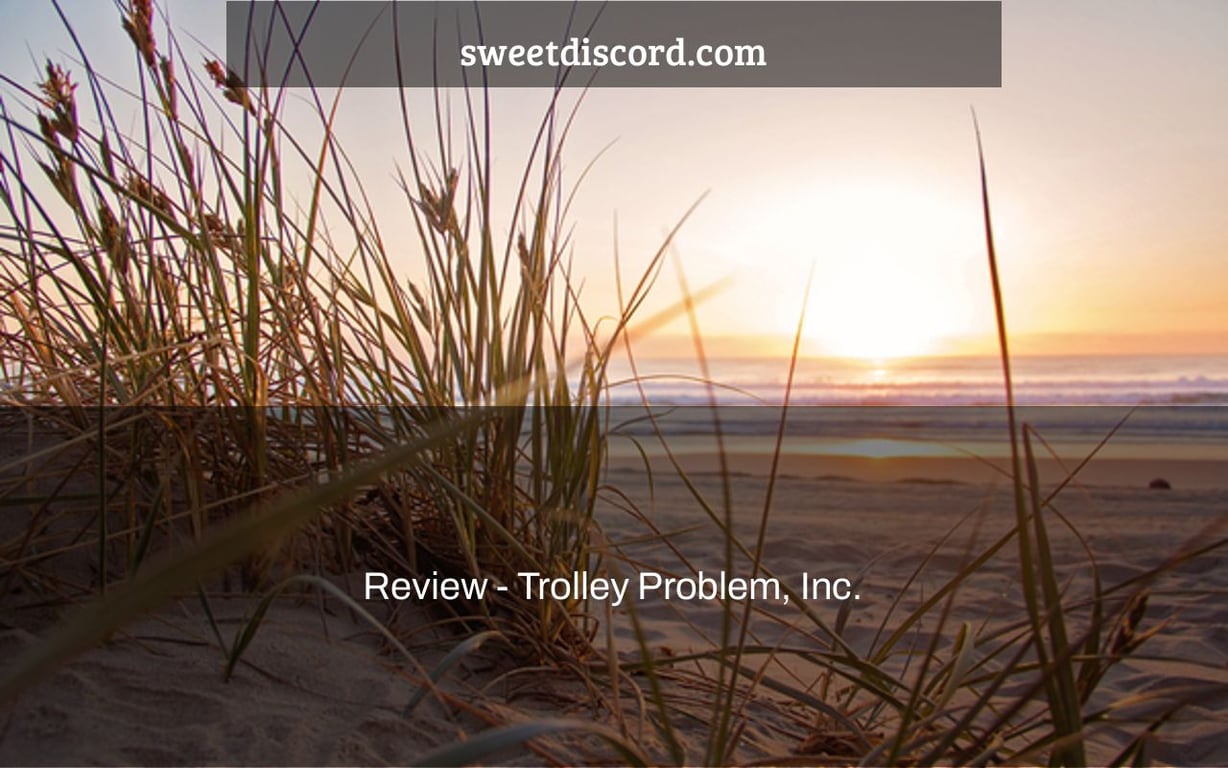 Trying to acquire a job and going through those clichéd job interviews with “personality tests” is one of the most painful experiences for a young adult. You’re aware of the ones I’m referring to. Those where the HR man vows “there are no right or wrong answers” or “we simply want to learn a little bit more about you,” only to be bombarded with a slew of borderline Kobayashi Maru-esque questions that you have to answer in a matter of seconds, all designed to make you stumble and fail. Remember how excruciatingly painful they were? What if you played a game that was solely made up of these questions? Then Trolley Problem, Inc. is the game you’ve been looking for.

Don’t worry, it will become darker.

Trolley Problem, Inc. is a lengthy sequence of ethically hard questions that will put your empathy, wit, risk assessment, and problem-solving abilities to the test. They begin innocently enough, with the standard “would you pull a lever to make a train kill one bystander instead of five” quandary that can be found on any college philosophy test, but they gradually grow.

The game enjoys tampering with your mental and emotional stability. It enjoys giving you a wonderful introduction to a hypothetical character, such as an innocent kid, replete with a photo, and then putting the unfortunate human being in a scenario where you must choose whether or not to rescue them or try a different ending. You’ll be asked if you’d rather save a dying dog and watch it suffer for the rest of its life, or murder it with your own hands and put an end to its suffering. That type of feel-good thing for which we all play video games.

To make things worse, Trolley Problem, Inc. is narrated from beginning to end. A woman will not only tell you about each instance, but will also offer you feedback on your choices. They will never, ever be sarcastic comments. No matter what response you provide, she will continuously remind you of what a dreadful person you are. This was surprisingly entertaining at first, but after a while, her very condescending delivery offended the crap out of me. Keep in mind that I am well aware that this was done on purpose, therefore I don’t hold the voice actress responsible. If anything, I applaud her efforts.

This is for everyone who has binge-watched Grey’s Anatomy over the last two years.

Given its subject matter and its rudimentary design, I wouldn’t call Trolley Problem, Inc. a particularly engaging game, but I don’t believe that was the objective. It was not enjoyable for me to play it alone. I was becoming more irritated and, at times, disgusted. When I began displaying screenshots of my judgments to WTMG staff members, that’s when I started having fun with it. It was then that I grasped the attraction of the game: it’s first and foremost a communal game, a social experiment. The greatest enjoyment you’ll have with this game is debating with your friends why you chose to put the dog to sleep rather than save it so it may suffer in misery for a few more days. Aren’t we all monsters at the end of the day?

Thank you, I despise myself!

Trolley Problem, Inc. is a difficult product to market. At first glance, it seems to be a game designed to make you feel unclean and disgusted. It’s not much fun to play by oneself. However, you may have a lot of fun with it by either playing the co-op option or just debating your answers with your friends. I don’t believe I’ll want to revisit it to see what happens if I make alternative options, and I wouldn’t suggest it to the faint of heart, but it was a fun social experiment to participate in. It made me despise myself as well. Thank you, game!

The PC version of Trolley Problem, Inc. is now available.

On a computer, I reviewed it.

The publisher sent me a copy of Trolley Problem, Inc.

The “the trolley company” is a game that was released in April of 2018. The game is set in the future and follows the story of two people who are trying to make it through a day without getting killed by the titular company.