Apple has announced that they will soon begin to remove apps and games from their app store if they haven’t been updated in over two years. This new policy was met with a lot of controversy, as many developers fear the consequences for updating old titles.

Apple is removing apps and games that haven’t been updated in two years. This includes the removal of apps with outdated or low-quality content. 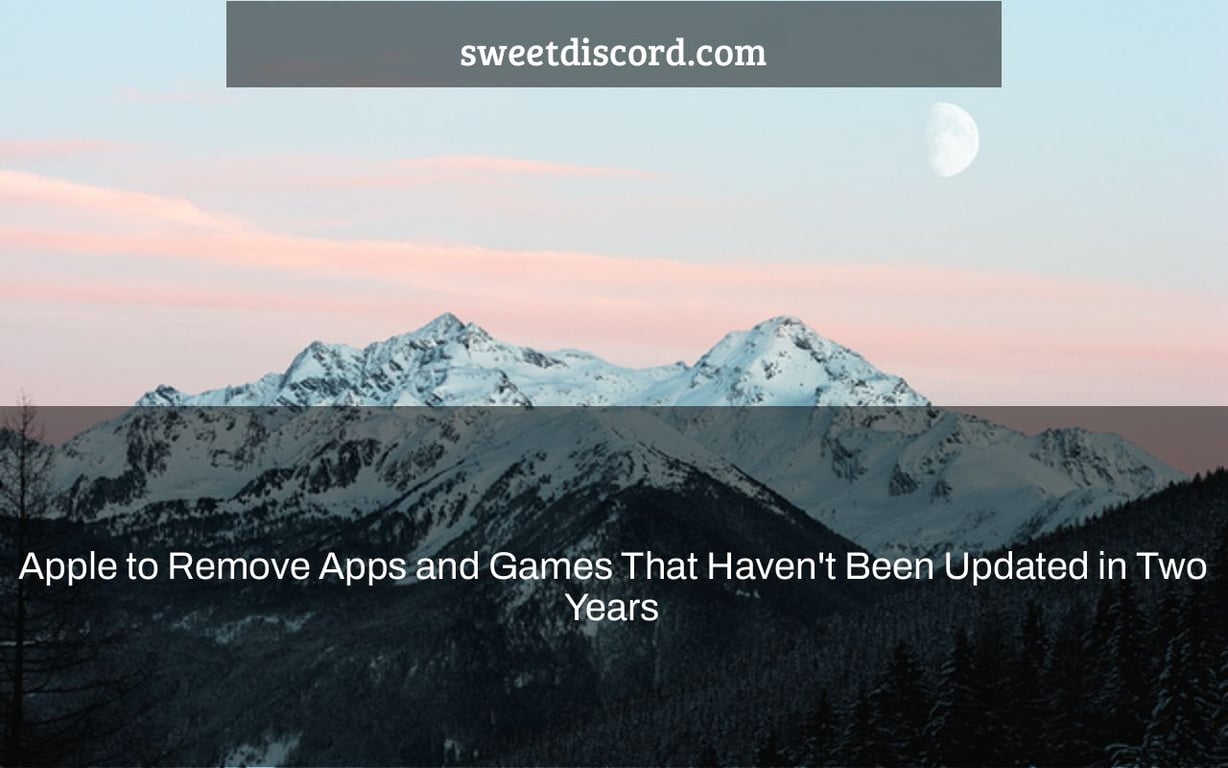 Apple has established new App Store standards that might lead to the removal of applications and games that haven’t been updated in two years. Protopop Games, whose free game Motivoto is in risk of being removed from the App Store because it has gone years without an update, is one of the first possible victims of the new rulebook. Apple’s new standards, according to the developer, are unfair to independent developers.

“This is not cool,” the developer responded to an email telling him that his game will be withdrawn from the App Store unless he delivered an update within the next 30 days. “Console games from the year 2000 are still on sale. This is an unfair stumbling block for independent developers.”

“I’m sitting here on a Friday night, pushing myself to the bone after my day job, trying my hardest to scrape a living from my indie games, trying to keep up with Apple, Google, Unity, Xcode, MacOS updates that come so quickly my head spins while performing worse on older devices,” he continued.

I’m feeling ill. Apple recently sent me an email stating that my free game Motivoto would be removed since it is more than two years old.

This is not acceptable. Console games from the year 2000 are still for sale.

This is an unfair stumbling block for independent developers. pic.twitter.com/7XNcLfiEcR

Apps that haven’t been updated in two years will be “removed from sale,” according to Apple (Eurogamer)

The update is part of Apple’s App Store overhaul, which seeks to make the online store more user-friendly and guarantee that users can “discover outstanding applications that match their requirements” that are compatible with newer iOS devices.

Apple acknowledges that the changes effect all apps, not just games, and that if Apple employees have any problems with apps on the store, they’ll contact the creators.

According to Apple’s communication to developers, even if your favorite app or game gets removed from the store, you should be able to use it without any problems, including microtransactions.

Here’s a link to a help page for Apple’s new App Store Improvements. The business has explained that new standards have been implemented to guarantee that programs on the App Store are functional and up to date, but that apps that have been deleted will remain completely functioning for existing customers.

“Senior Director for PC Planning and Strategy” is needed at PlayStation.

The Nintendo Switch version of Star Wars: The Force Unleashed is now available.

The New Criterion Game’s Map, UI, and Location Have Been Revealed Thanks to a Need for Speed Leak

Apple has announced that they are going to be removing apps and games from the app store that haven’t been updated in two years. Reference: remove from sale app store.

Review – Imp of the Sun

20 Most Outgoing & Extroverted Anime Characters Of All Time –