With the first Rune Factory game released in Japan almost ten years ago, it’s hard not to feel some nostalgia for this farming and life-simulation RPG. With over 100 playable characters on offer and a range of romantic pursuits open to players, there are certainly plenty of options available when choosing your husband or wife! 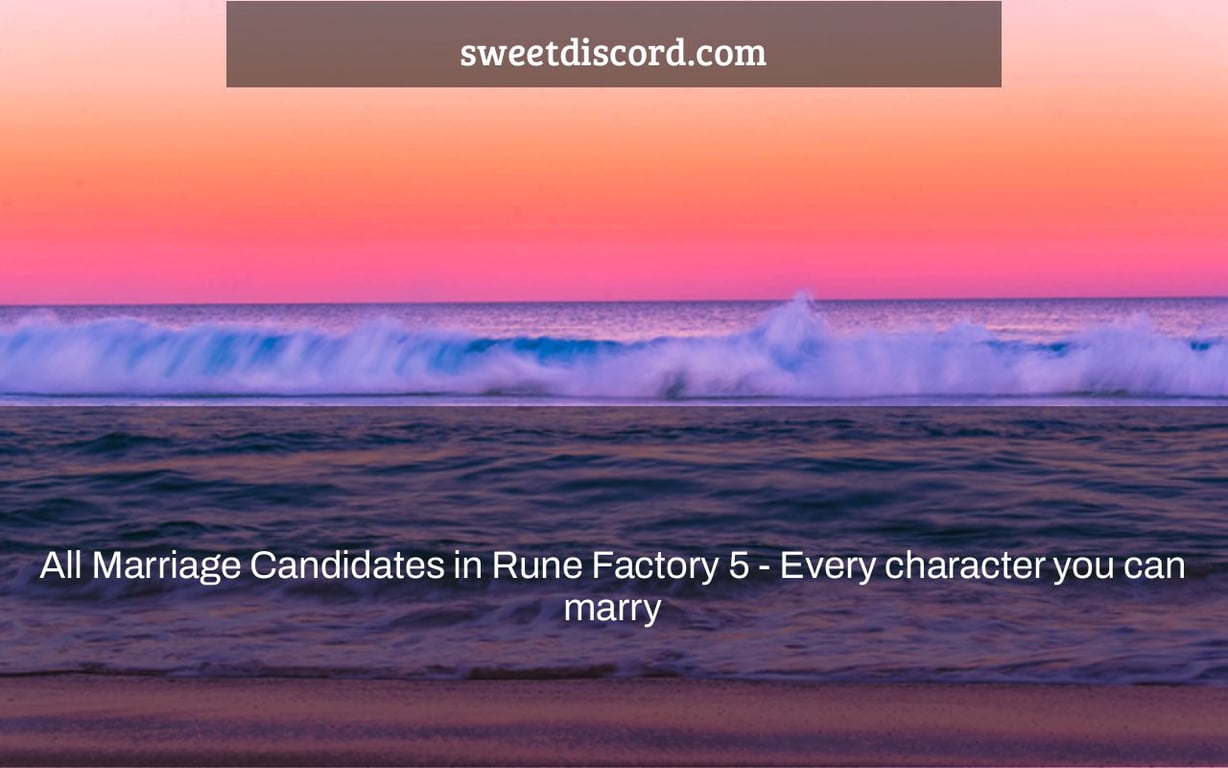 You may marry any of the eligible bachelors or Bachelorettes in Rune Factory 5, regardless of your character’s gender, which is a first for the series. This excellent move now enables gamers of any sexual orientation to romance anyone they choose, as long as they’re one of the marriage prospects. Six bachelors and six Bachelorettes are among the game’s 12 marriage hopefuls. If you’re still undecided about who you want to romance in the game, here’s a rundown of each marriage possibility.

Cecil is an ambitious detective that is eager to investigate any mystery that may be haunting Rigbarth, and he is available to chat to from the start of the game. He does, however, seem to believe that everything is a huge deal, even a pair of lost spectacles. Residents of Rigbarth, on the other hand, may rely on him for assistance with even the smallest of jobs.

You won’t encounter Lucas until the Kelve Lava Caves are cleared. Lucas, like the protagonist, is a courteous gentleman who has lately lost his memory. Due to his ability to transport items to any distance, he feels he is a divinity of some kind. He constantly wants to make sure the protagonist is doing well and happy whenever he sees them.

Martin is a blacksmith who works as an apprentice with Darroch, and you’ll meet him at the start of the game. He’s entirely concentrated on his task, with forging being the only thing on his mind. Martin isn’t really sociable and may be abrasive, which may turn some people off. The more the protagonist converses with him, though, he starts to open up.

The Blue Moon’s kind proprietor. Murakumo is usually cheerful and kind, offering free showers and food to his visitors. He wants to make sure that everyone around him is having a good time, even if it means that his earnings will suffer. Murakumo is there to greet you with open arms as soon as you arrive in Rigbarth.

You’ll encounter Reinhard, a knight and Lady Beatrice’s bodyguard, after clearing the Belpha Ruins. Reinhard, who has a strong sense of justice, would go to any length to defend people he cares about. He’ll never force himself or his ideals on others, earning him respect in the community. He’s also a kind guy. However, be warned that he is unable to cook, since he will sometimes serve you unsuccessful meals, which he enjoys receiving.

Ryker is a carpenter who works at Palmo’s Studio with Palmo. Despite his skill as a carpenter, Ryker loves to sleep the day away, regardless of where he does it. At work, in the jungle, as long as he can get shuteye that’s all that counts to him. Ryker, on the other hand, is significantly more energised at night.

Lady Beatrice, accompanied by her devoted knight Reinhard, hails from a distant land and now calls Rigbarth home. She didn’t have many friends back home since she was sheltered and didn’t have a decent grasp of the outside world. With her newfound independence, she’s determined to alter that. She enjoys reading, playing musical instruments, and riding monsters.

Fuuka, a were-animal, was a wanderer who moved from town to town until settling in Rigbarth permanently. Fuuka, a second-language learner, is gradually catching up on human communication and attempting to engage with those around her. She works in the café with Priscilla’s sister, Elsje.

At the start of the game, you run across Lucy. She has a competitive, pleasant side to her that she often displays to the protagonist, challenging him to a competition. This might be because she enjoys being in the company of others. Although she despises losing, she is more concerned with the time you spend together than with whether she wins or loses.

Ludmila is a succubus who falls in love with the protagonist at first sight, and you’ll encounter her later in the game. She’ll often flirt with you or attempt to divert the conversation to a more risqué topic. Despite her flirty disposition, she does not go beyond informal flirtations and attempts to maintain her distance from you owing to an incident in the past. If you want to cultivate flowers, you’ll run across her a lot since she runs the floral store in Rigbarth.

Priscilla is a kind young lady with the ability to quickly brighten a room. She wants to leave Rigbarth, but an event in her past has made her fearful of doing so. However, as she observes the protagonist, she has the confidence to begin taking the necessary measures to escape. Lucy, one of her childhood pals, is constantly vigilant in ensuring her safety.

Scarlett is a half-elf, half-human SEED ranger who returns to Rigbarth after completing a mission. She became a member of the group in order to follow in her father’s footsteps. Scarlett is a wonderful worker who follows the rules to the letter, which may present issues when things go wrong. She does, however, sometimes grapple with morals.

The “rune factory 5” is a game that allows you to marry every character in the game. The marriage candidates are all listed here.

All pets and their effects in Lost Ark