Activision Blizzard has recently come under investigation for its recent acquisition by Microsoft. The deal has been suggested to have a $35 billion dollar valuation, which is making the market skeptical of whether or not Activision and their affiliates are buying stock in anticipation of the big windfall from this merger.

The “inside trader” is an investigation that has been prompted by Microsoft’s acquisition of Activision Blizzard. The company was looking into insider trading allegations that were made against employees and executives at Activision Blizzard, who sold their shares before the announcement of the deal. 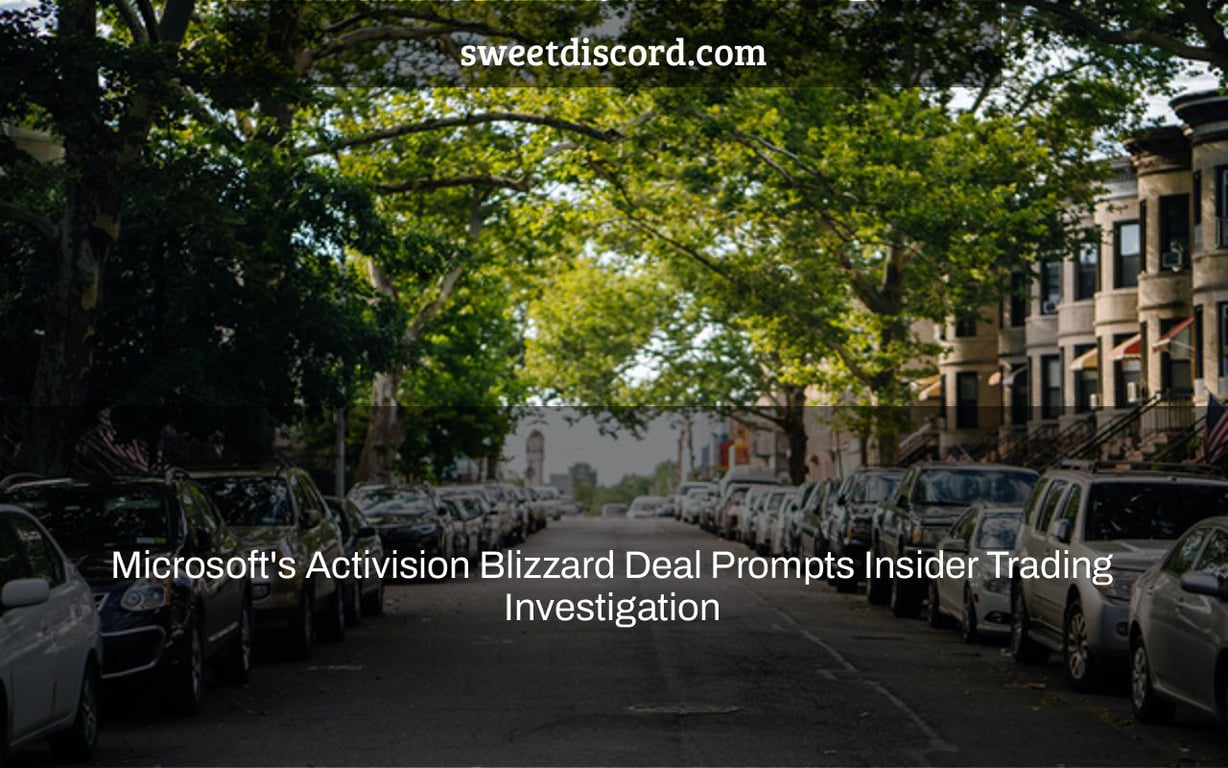 After three investors were reported on, federal prosecutors and securities authorities launched an inquiry for insider trading. Activision Blizzard received a $108 million investment from Barry Diller, Alexander von Furstenberg, and David Geffen. The investment was made in January, prior to Microsoft’s announcement that the firm would be acquired for $68.7 billion in cash. The FTC is already investigating the purchase, but the Justice Department and the Securities and Exchange Commission are now engaged as well.

The privately arranged transactions were processed by JPMorgan Chase & Co. After the deal went public, it was reported to authorities, which began an investigation for insider trading. Following the deal announcement, the value of the investment saw a quick gain of $60 million. If the investors hold onto their shares until the completion of the Microsoft deal, their profits could potentially exceed over $100 million.

Bobby Kotick is thought to have links to all three investors (CEO of Activision Blizzard). Mr. Diller has been cited as claiming that he has known the CEO for a long time, and that Alexander von Furstenberg is his stepson. David Geffen is thought to be a long-time buddy as well. Mr. Diller told The Wall Street Journal that none of them were aware of the Microsoft acquisition, which he described as a “lucky gamble.” It’s unclear if any of the three will face charges, but this new incident follows a slew of others involving Activision Blizzard in recent years.

EA and Motive want Dead Space to be as as good as the RE2 remake, despite the fact that it won’t be released until 2023.

HBO is facing a class-action lawsuit after it was discovered that it had shared subscriber data with Facebook.

As a youngster of the 1970s, I was one of many who were intrigued by the 1980s video arcade invasion. I bought my first computer from a buddy after saving money from several odd jobs… Peter Brosdahl’s work may be found here.

Horizon Forbidden West’s Most Annoying Combat Issue Has Been Fixed